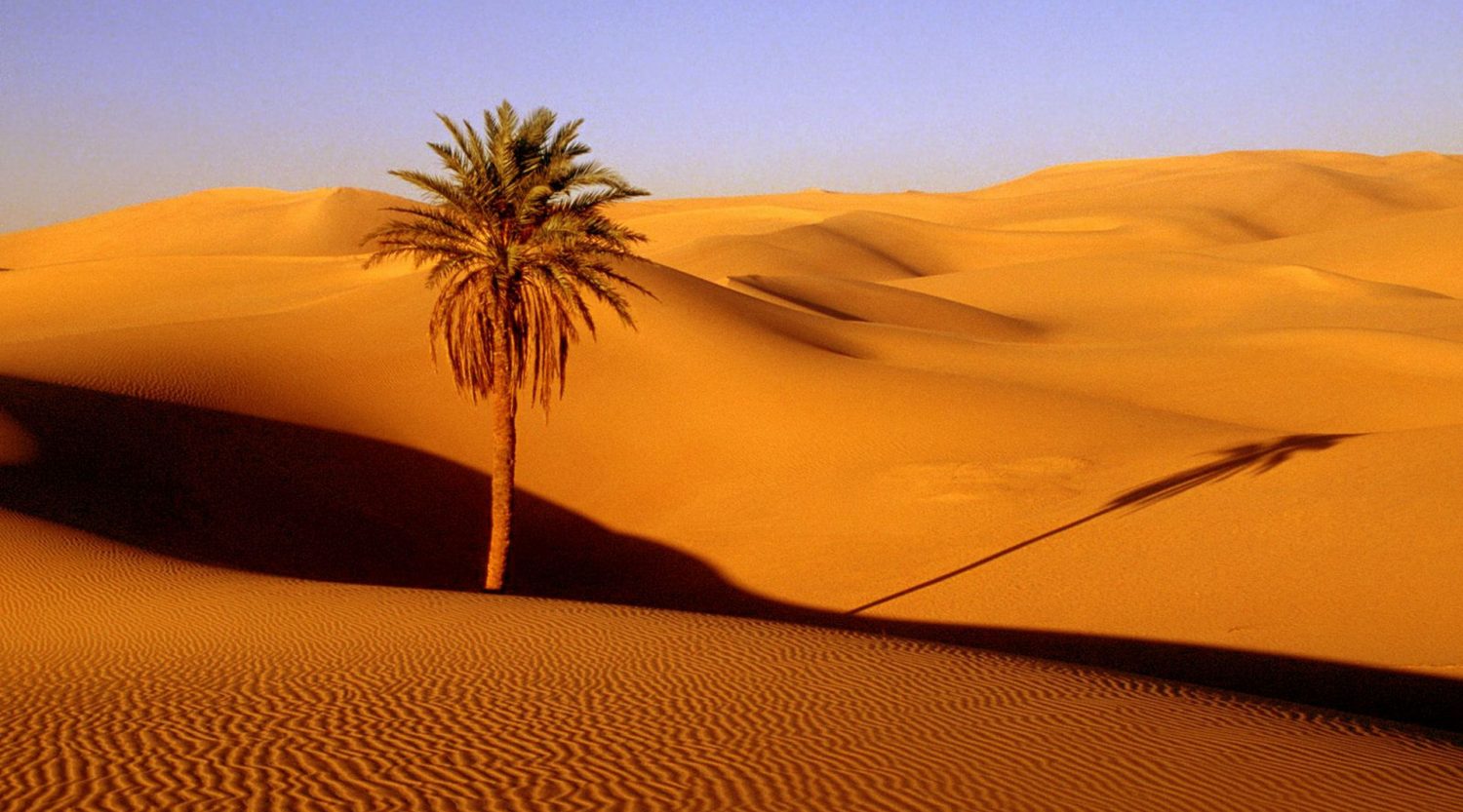 Ride a camel across the Sahara Desert. Try our your bartering skills shopping in the souks of Fez, and perhaps find a quiet corner to enjoy a refreshing glass of mint tea. Berber towns and oases of the desert contrast with the rugged beauty of the Atlas mountains.  The beach towns and sandy coastlines around Rabat call for you to dip your toe in the Atlantic ocean.

Depart Sydney/Melbourne. Upon arrival  our representatives will meet you at the airport and transfer you to your hotel in Casablanca for the start of your trip. They’ll help you settle in and introduce you to the local area.
Overnight in Casablanca

We start our tour early today with a visit (from the outside) to the impressive Hassan II Mosque in Casablanca. We then head to Morocco’s nearby capital, Rabat. We’ll enjoy a tour of the old city including visits to the Royal Palace, Oudaya Garden & Kasbah and the Hassan Tower Mosque. Next is the ancient Roman city of Volubilis. Recently listed as a UNESCO world heritage site and dating back as far as AD 40. Finally we visit the Berber town of Meknes. Formerly the capital of Morocco, constructed of intricate gateways, beautiful gardens and at 40m the largest ramparts in the country. Our days ends with the short drive to Fez where we spend the night.

This morning you will have a half day guided city tour of the spiritual capital of Morocco, Fez. The first stop of the morning is a visit to the entrance of the Royal Palace. This palatial complex rests in the center of the Fez El-Jdid area and is surrounded by high walls with an intricate and elaborately decorated gateway that is permanently closed to the public, the king of Morocco still uses the complex when he visits Fez.
The next stop will be the old Medina (Fez el Bali). Its narrow alleys house hundreds of merchants and craftsmen selling a range of products such as dates, fish, spices, copper urns, carpets and musical instruments. One of the most interesting sites in Fez is the Leather Souq and the oldest leather tannery in the world. In the medina you will visit the Jamaa Al-Karaouine (the world’s first established university) and a Medrasa (a Koranic school).
Overnight in Fez

We start to discover some of Morocco’s beautiful mountainous landscape today as we leave Fez and follow ancient caravan routes up into the hills. Along the way we’ll stop at Ifran, known as the ”Switzerland of Morocco” and a huge contrast to some of the other more Moroccan feeling cities you’ll see in Morocco. The French built Ifran in the 1930s, with the intention of recreating an alpine style resort, and you’ll see beautiful parks with lakes, flowerbeds, and red roofed houses throughout.
Next we head on through the hills to the town of Midelt where we will have an optional lunch. We’ll continue through the scenic Ziz Valley this morning as we descend to Erfoud on the edge of the Sahara Desert. We’ll make the short trip to Rissani and the birthplace of the Alaouite Dynasty – Morocco’s current royal family before driving in 4WD vehicles through the desert to Merzouga and the famous Erg Chebbi sand desert. Here we transfer to camels and take a sunset camel ride through the sand dunes to a traditional Berber camp nestled right on the edge of the dunes. You can enjoy a hearty Bedouin meal and a campfire this evening, often with local musicians helping enhance the atmosphere. You spend the night sleeping in comfortable Berber camel-hair tents.
Overnight in Merzouga (Berber Tent)

We leave the desert reluctantly this morning and finish our safari before driving to the oasis town of Tinghir which boasts one of the largest palm groves in the country. A beautiful walk follows through the valley and the Todra Gorge, a 300m wall, carved deep into the High Atlas Mountains, making a narrow canyon beneath huge rock walls that change in colour as the light moves during the day. We’ll also drive through the Dades Canyon with its steep winding access road with numerous switchbacks providing great views of the steep cliffs and the river below which rushes dramatically through the gorge, especially in the spring when the mountain snows are melting.
Overnight in Dades.

DAY 07: Dades to Skoura and the Valley of the Roses (B,D)

The route through Dades Valley is also known as the Road of One Thousand Kasbahs. The sand-colored walls of the kasbahs may all start to look the same but each holds a special historical treasure within. We will meet Berber Nomads in their caves and the fertile Rose valley, perhaps stopping briefly at Kalaat M’gouna, “the rose city”, to purchase rosewater. We arrive Skoura by late evening. A quiet little village speckled with palm tree groves and olive trees dotted with kasbahs and small villages. This is where we find Kasbah Amridil. Originally built in the 17th century, it is one of Morocco’s most iconic living museums that has withstood the test of time, making it the ideal setting for an insight into the ancient traditions of kasbah life. We’ll take a short hike to a spot overlooking the valley and the old salt mines. Finally we’ll explore the Skoura Oasis and stroll for an hour in the gardens of the north side of the town past almond and olive trees.
Overnight Skoura

We start with the short drive to Ouarzazate where, for centuries, people from the Atlas, Draa and Dades Valleys have converged to do business at Ouarzazate’s sprawling Taourirt Kasbah. We follow the maze of corridors to a prayer room on the top floor, which provides stunning views over Lake El Mansour Edhabbi, or we can explore the village within the kasbah for great deals on local crafts. We visit Taourir and Tifoultout Kasbahs, which are among the most beautiful Kasbahs in Morocco. We will visit the film studios where some of the most famous desert landscapes are filmed. Next, you might recognize the sand-colored houses of the impressive ksar (Arabic for “fortified city”) when you see the spectacular fortress of, the UNESCO world heritage site, Ait Benhaddou. You can spend several hours in its maze of winding streets until reaching a fortified granary at the top which provides an amazing view of the valley. We leave Ait Ben Haddou, crossing the High Atlas Mountains via the magnificent Tiz In Tichka pass to Marrakech, our home for the next two nights.

Today, you will be begin unearthing the secrets of Marrakech, starting in the medina, the old walled section of town and a UNESCO World Heritage Site. Marvel at its architectural jewels, including the soaring Koutoubia minaret and Dar Si Said. Continue to the Bahia Palace, an exemplary specimen of privileged life in the 19th century. Visit Djemaa el-Fna, Marrakech’s main square, which is filled with orange juice stalls and vendors, along with fire-eaters, mime artists, snake charmers and street musicians performing at every turn. You may also wish to explore the city’s fabled, labyrinthine souks. Here in the middle of the old market (Rahba Lakdima) where you will enjoy a queue of stalls filled with jars upon jars of spices, petals, bark and leaves inside. You’ll see cumin, saffron, harissa and paprika, but what many people come for is what can only be found in Morocco – the spice blend called Ras el Hanout, which translates as “head of the shop.” This blend usually includes paprika. cardamom, clove, cinnamon, coriander, nutmeg, peppercorn and turmeric and more, with recipes often a guarded secret. Optional lunch in a local restaurant. The afternoon is then free to explore the Medina and do some souvenir shopping.

Your day is free today to explore Marrakech further, and perhaps do some final souvenir shopping and sightseeing before we transfer you to the airport for your departure flight.